This year marks the 25th anniversary of this festival, established by The Museum of Fine Arts, Houston and Rice Cinema. Screenings will take place at both venues and at The Asia Society Texas Center. Following last year’s screening of Asghar Farhadi’s The Salesman, which went on to win the Academy Award for Best Foreign Language Film, this year’s selections include Breath, Iran’s 2017 Oscar submission. 24 Frames, the mesmerizing, experimental last film by internationally celebrated Abbas Kiorostami (1940-2016) will be shown both at the Museum and Rice Cinema.

SIAWE is a proud sponsor of this event.

A Reception will be held at the MFAH on January 26th

WHERE: The Museum of Fine Arts, Houston

**For more information regarding festival ticket prices and scheduled screening please click on the following links:

The Museum of Fine Arts, Houston 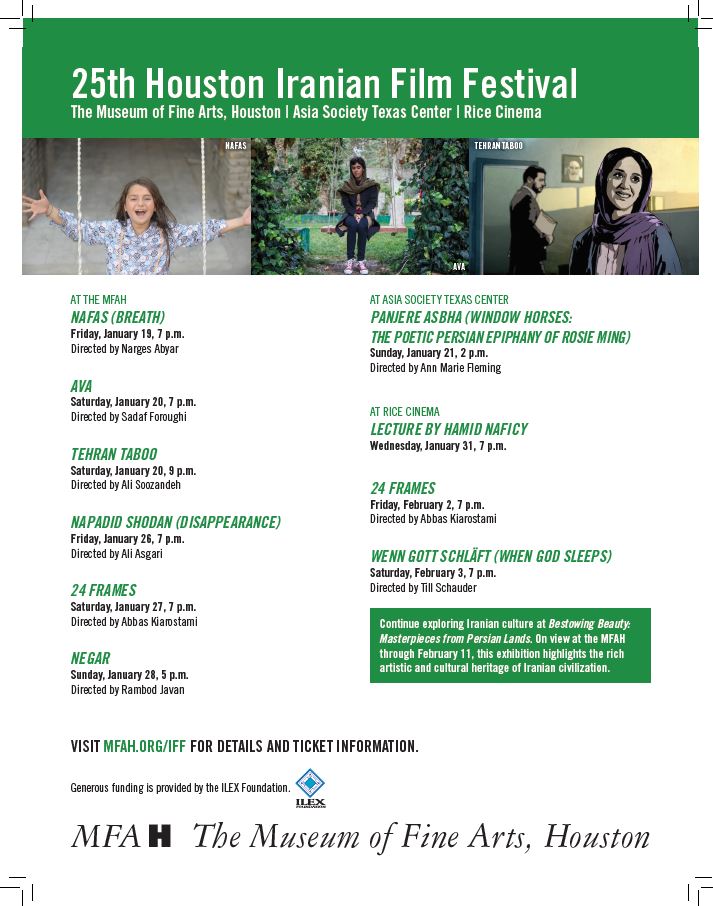